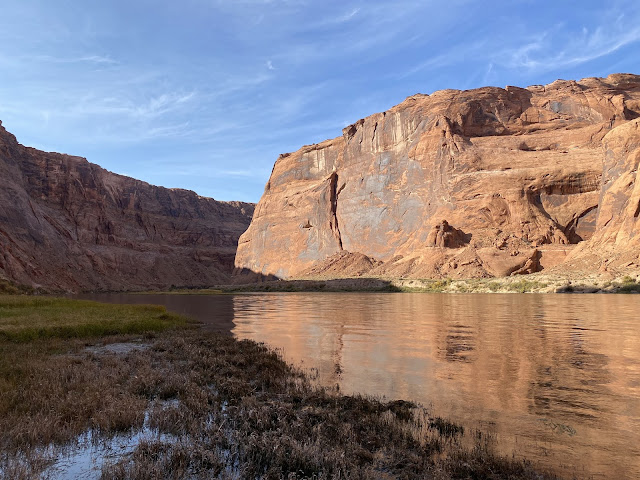 Arizona has a lot of different types of rivers and streams to explore with a tenkara rod. Our state is not all desert, it has the largest ponderosa forest in the United States and in that forest and the mountains lies hundreds and hundreds of miles of streams and trout!
For the last several years, I’ve been hiking and exploring those streams with my tenkara rod and before that I used my fly rods. As I enter this next season, I’ll focus more on my big water tenkara techniques.
I enjoy using 4 - 5 meter length rods that are powered up for bigger trout and the flow they live in. These rods are stiffer, take more effort to cast and by design, they present more surface area resistance to the air during its casting stroke.
The lines I use are longer and slightly heavier gauge and in my case, clear. The river I fish is so clear that driving along upriver in a powerful shallow draft boat, you still have to know where the river channel is. It can go from 15’ deep to 1’ shallow very quickly, the water so clear, the depth appearance not always true.
I use a pack raft to get back to my car floating many miles and along the way, there are times the trout appear to be suspended, the surface and the water so clear. My friends in their boats seemingly flying along above them. 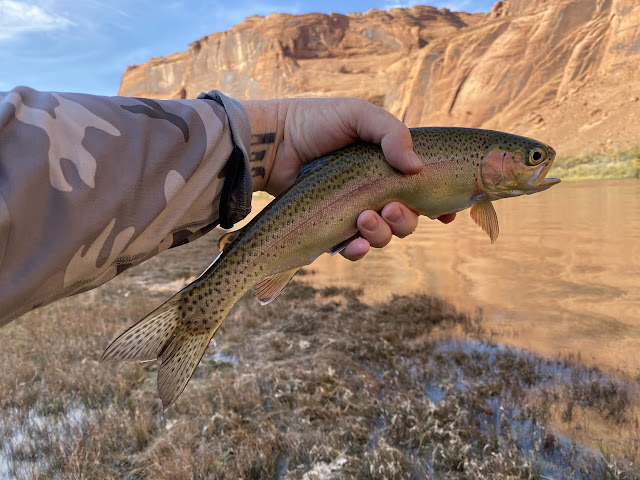 This will be what I consider my second real season of honryu tenkara. My first two seasons were spent flailing the water, trying to figure out how not to fly fish with my tenkara rod.
I’ve always said that a good rod knows what to do, you just have to listen and watch what it does. That’s the way I learned honryu. I took a few rods and tried everything and then I bought a purpose built rod and upscale a line for it and listened to it sing.
...and the song it sang was beautiful.
Prior to my learning tenkara, I had caught thousands of fish on this river and in this very spot. Initially I set up my rods like a western fly rod (sans reel) with floating lines and indicator, split shot and fly, dead drifting slack line waiting for the bobber to do its thing and it did but it wasn’t working.
I was catching fish but the count was low and landing them was even worse.
I even bought a performance 5-weight and spent an afternoon revisiting my fly fishing past.
It was not fun, it was frustrating, I was going backwards, I knew tenkara was better.
So I sat there in my camp chair, dejected. I ran through many scenarios in my mind. I knew I had everything I needed but I wasn’t putting it all together, “why” I asked myself, “why was this so difficult.” I had caught so many fish here, I knew fly fishing, I knew tenkara, why couldn’t I get my fish count back.
At the time, I just had no idea what to do.
So I just stopped with the notion that it was the fish count and concentrated on catching instead of counting. 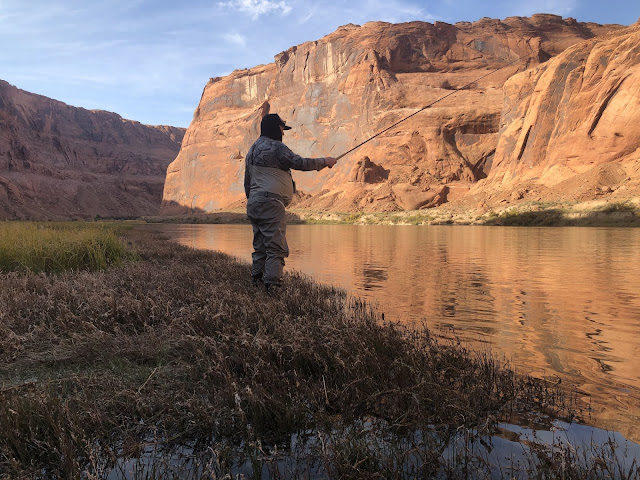 I picked out a fly I had confidence in and looked at the water straight in front of me and began with an overhead view.
“Where are the fish.”
I was on the inside of a big horseshoe bend. The back eddy in front of me was massive, the bottom was sand, there was a submerged tabletop of salad (aquatic vegetation) and I could see trout milling on scuds on the far side in the main flow. I moved slowly within a cast and reached out upstream across the counter current and drifted my fly off the salad ledge and dropped into the zone.
My line was tight, I gently pulsed the fly and two trout pointed toward toward it.
“Yes, I have their attention, so far so good.”
In a smooth motion I picked up the entire line in one piece and directed it forward upstream. I was the center post on the second hand of a huge clock, my rod sweeping in slow motion, my line matching the speed of the current. I could see my fly far away, 5 meter rod, 8 meters of line, I really couldn’t see it but I imagined it. I could feel it ticking on the bottom between pulses.
The fly going over the salad ledge, lower the tip to sink it and lift to pulse and my line is rattling, yess, set!
“Fish on!”
Backing up, playing the fish, net out, hand line net, release and tuck the net in my belt and forward again back into position.
My position in the second hand nailing yet another trout, and another... 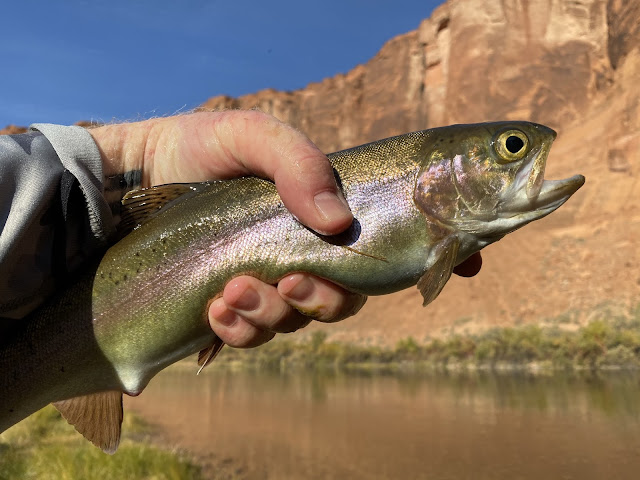 It’s backwards, it’s not a slack line, it needs to be tight.
I was fly fishing, that was the problem, I had the wrong software loaded, time to delete that old program and trust the new software.
And that’s exactly what I did, instead of staying in one spot, it was time to move.
I lifted the rod, looped the line and grabbed the fly walking back to the shore and at the edge back upstream.
I had caught a few fish quickly, faster than if I had a fly rod and the gig is, I could not have reached those fish and manipulated my fly as I did with a nine foot fly rod.
Upstream I saw fish dimpling the surface taking midges. Ok, lots of fish. I thought to myself, “I have some size #22 midges” and then remembered the software.
Creeping into the shallow water, I began to take note the slack current nearly like the still water ponds fishing for stocked trout. Shaking the line loose from the rod, holding on to the fly casting the bend of line upwards releasing the fly and casting forward stop!
My fly stretching the line taught just past a rise ring, pause, lift, pause lift and TIGHT!
“Fish on!”
Again and again.
It wasn’t the hardware, it was the programming.
Load the program and let the software do its thing. 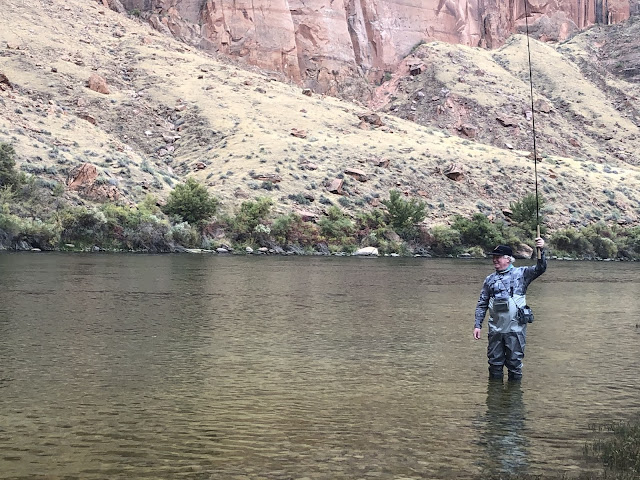