Other Tools for Tenkara Fishing, a Minimalist Approach 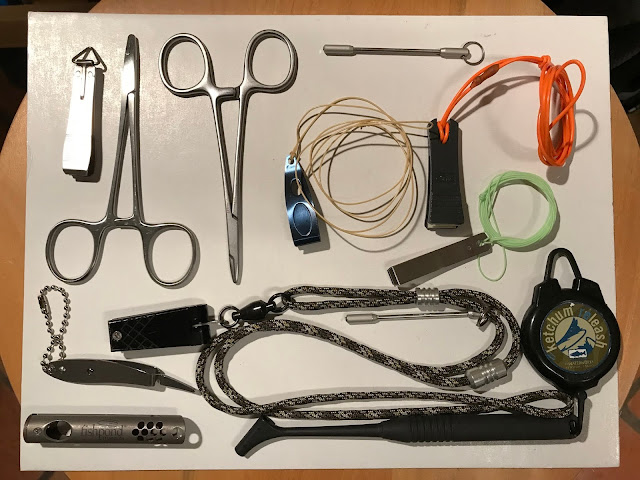 I quit fly fishing about ten years ago to learn tenkara. The web site you are reading represents my research, what I found out then, what I practice and new discoveries in my tenkara. When I quit fly fishing small streams, I did not forget the things that worked for me, where the fish were, the knots I used, my bits of equipment that worked to release the fish, forceps, nippers, rigging skills, that sort of thing.

I read a lot about tenkara in all types of media. I research the practices of modern Japanese tenkara anglers as well as the American and other enthusiasts outside of Japan. I compare and contrast against my own practices and I am constantly self reviewing what I use and how I use it.

There are a few things that have not changed in my core practice of tenkara, here are a few of the tools that I have been using for many decades.

For reference, here is an article I wrote about 20 years ago called "Minimalist Approach"

In review, I carry far less items than I did back then and at that point, I was very unique. Small stream fly fishing was not popular and a minimalist fisherman? Only my counterparts in Japan did this and it was normal, no one differentiating, certainly no one there wrote about it...