My first trip to Japan was simply amazing. I had been planning it for a couple of years after Satoshi Miwa invited me to go. The Tohoku earthquake and subsequent tsunami came in the late winter early spring and I did not want to visit Japan while she was under duress.

I conversed with Daniel Galhardo about it, he told me, "Leave them at home, use your tenkara flys."

And that is exactly what I did.

I fished primarily one pattern in many different mountains of Japan. I fished the area around Re-Rise lodge in the Japanese Alps, Goyakayma and we visited Itoshiro where we fished with Masami Sakakibara and many other places.

We used this little book, an old tenkara/keiryu guide book by Soseki Yamamoto.

After a week north, we visited Satoshi's home in Mie prefecture way south of Tokyo. I wanted to visit the area of the Ninja so we took many trains to Iga where the original Ninja Village is. I went back to Tokyo and visited with the Sakura family and introduced Masayuki Sakurai to Masaki Wakaba.

We went on to Wakaba-san's "Yellow House" near Mt.Fuji where we fished Momosawa and Tanzawa. Back to Tokyo for a couple of days and flew home. 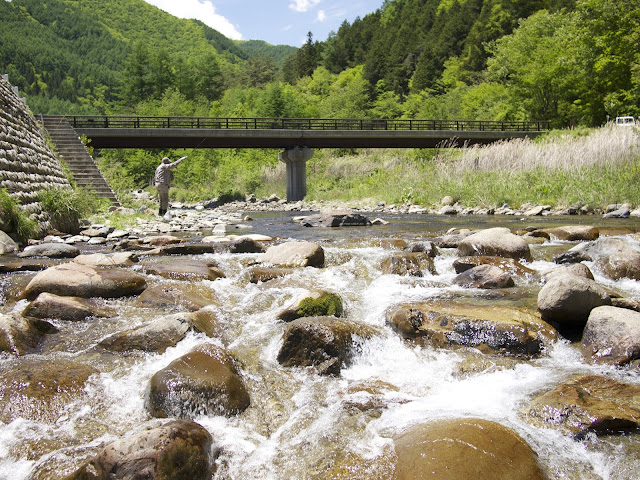 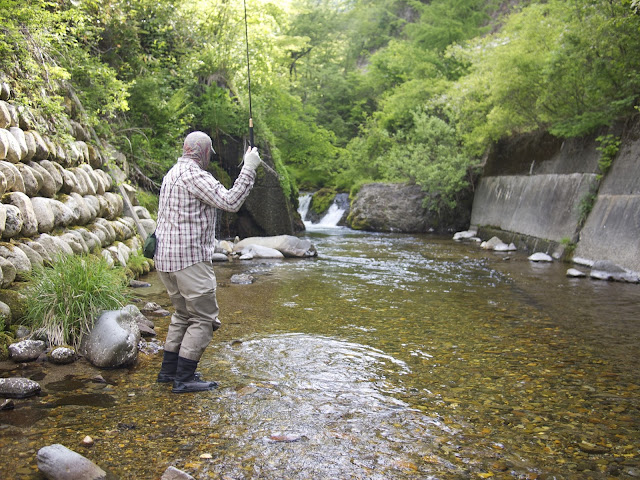 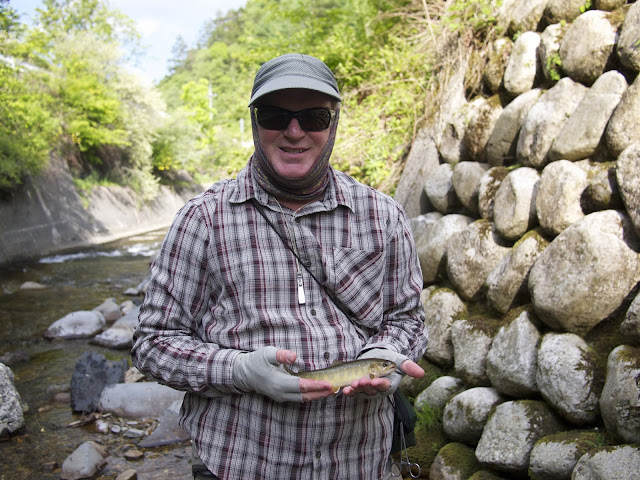 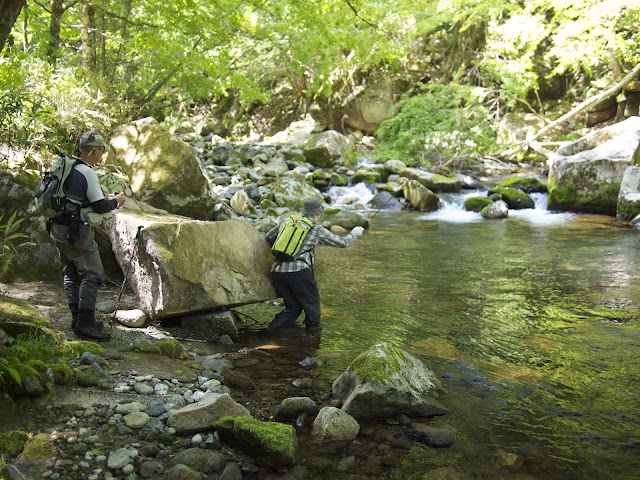 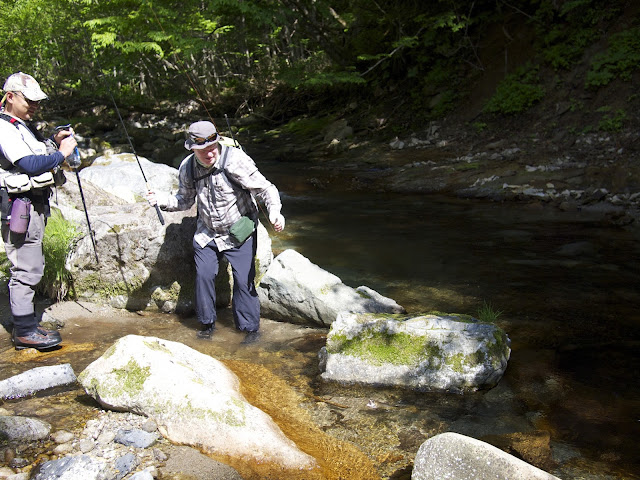 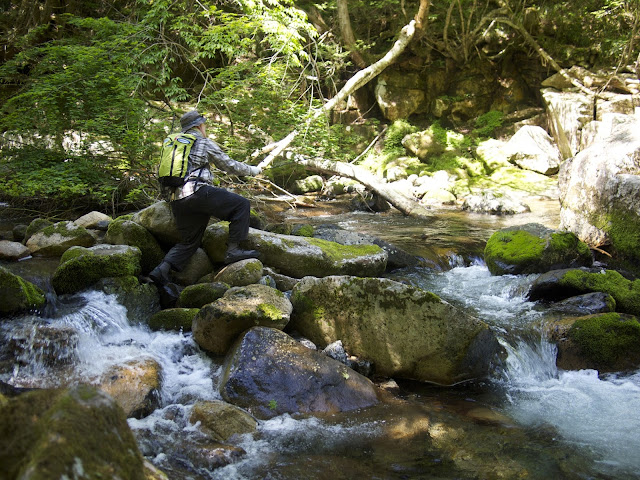 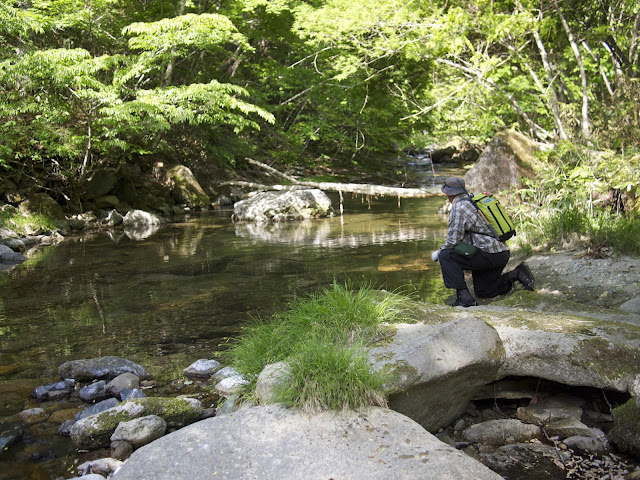 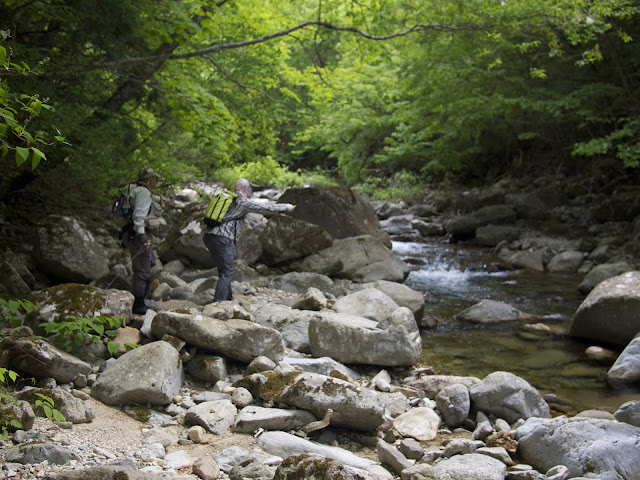 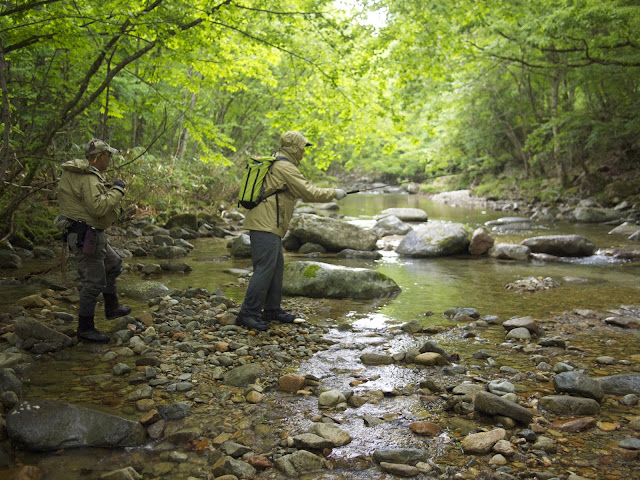 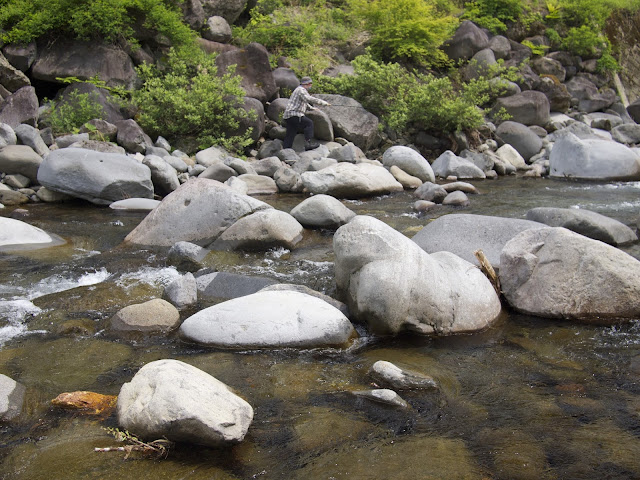 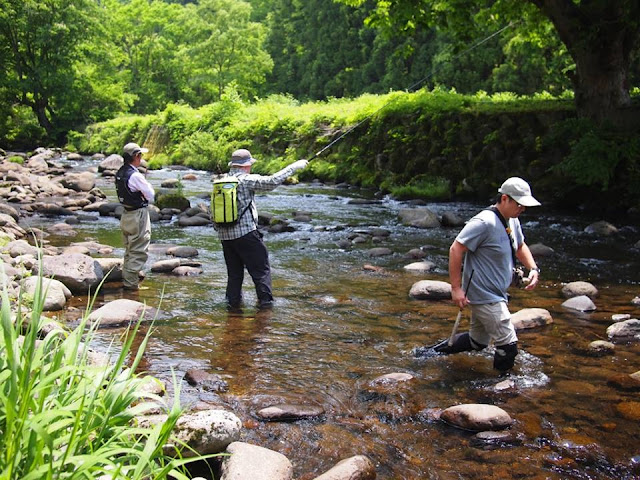 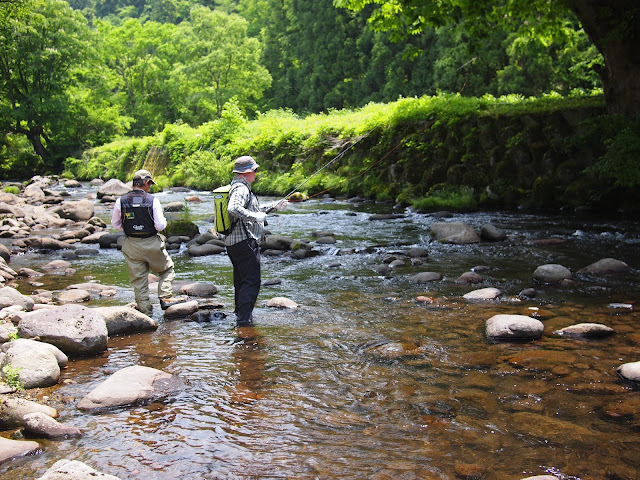