My first memory of Keiryu fishing

I started fished when I was in the first grade of elementary school. I learned crucian carp fishing from my father at our neighborhood pond. Afterwards, I often went fishing with my father, but when I was 8 years old, I got allowed to go fishing alone to that pond only because I was able to swim then. At that time, I had got my own fishing rod and fishing gear and felt myself as a full‐fledged angler.

My grandfather and my father’s brothers also liked fishing. So, there were many bamboo fishing rods at my home. Most of them were 4.0 to 4.5m crucian carp rods, but there were some 8.0m to 10.0m ayu rods too. I thought how great fishing they do with such a long and heavy fishing rod. I reduced some sections from the butt section and made a fishing rod of about 3.0 m and fished in the pond. Every time I needed a fishing rod, my grandmother chose a fishing rod that would suit me from the bunch of fishing rods in the storeroom. 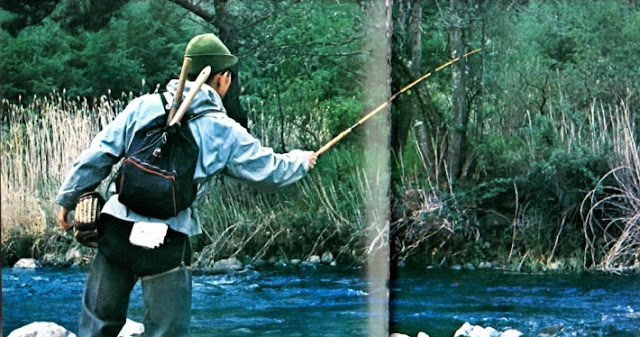 It was the time, telescopic glass fiber rods finally appeared at last, and they were sold at expensive prices at fishing tackle stores. Some adult anglers were starting to buy glass fiber rods, but all the children were using bamboo rods which were sold cheaply at neighborhood candy store or fishing gear shop. The fishing rod sold at the candy shop was about 300 yen (I think it was about US$1.00.) with a set of tackles such as fishing line, fishing hook, bobber etc. Those fishing rods were of minimal quality to do fishing, but my fishing rods were of good quality made by fishing rod craftsmen. I was a little boast about it.

In such a boyhood, perhaps it was when I was 9 years old, I went to Yamizo mountain with my family on a beautiful Golden Week Holiday of May in fresh green season. Yamizo mountain is about 1000 m in height and located in Kitaibaraki (North part of our prefecture). Our plan was to go to the peak of Yamizo mountain by car and have picnic lunch, then drop in the fishing pond by the mountain stream for rainbow trout fishing. There are several mountain streams running through the foot of Yamizo mountain. Yamizo River in the south, Yamatsuri river in the east and Kuji River in the north of the mountain. The size of the streams was all small, but they were flowing through some beautiful hardwoods forests remained in places and mountain villages where the old houses with thatched roofs studded in the rice fields. 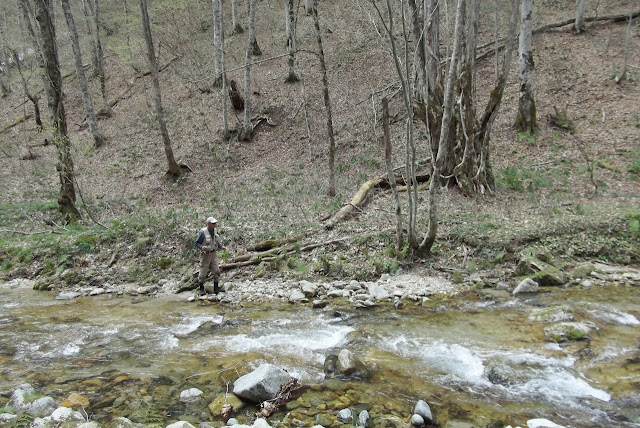 I think, the views of the villages of Yamizo that I saw at that time were exactly the original sceneries of the mountain villages of Japan. I, being a child at that time, felt sorry to those people living in such old houses because I imagined the living must have been very uncomfortable, and I thought they should build new architectural houses as soon as possible. Forty years have passed since then, there are no old private houses of the thatched roof in the villages of Yamizo now. The country roads, that were narrow just for one car wide but pleasantly winding following to the natural terrain, turned into boring roads that was wide and straight. I have passed fifty years of age now, and when I look back those day's beautiful landscapes of countryside, I feel great regretful feelings from the bottom of my heart realizing the size of what Japan has lost in exchange for becoming an economic superpower. 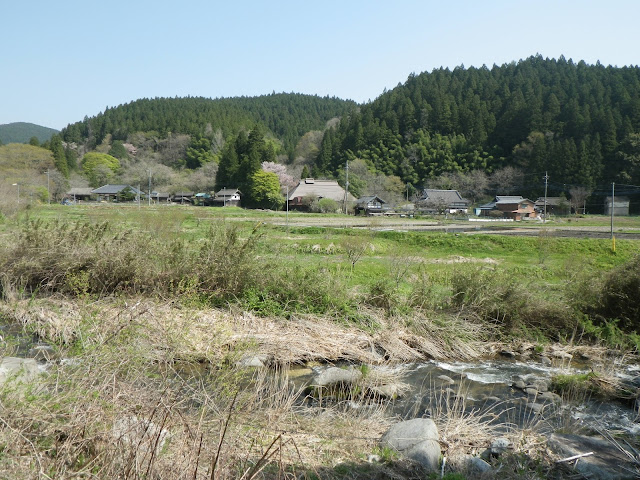 Well, back to the story, we went to the peak of Yamizo mountain by car and enjoyed the view in the morning. Then we moved to Yamizo river and had a picnic lunch by the stream. The stream was only about 4 or 5m wide, and the depth of water was just under the knees of an adult person. However, clear water that we can see each of rocks at the bottom of the stream was rapidly flowing through between the many rocks. “We can fish mountain stream fish called Yamame here in this stream.” My father told me. I could not believe there was fish in such shallow and too clear water.

After a while, one angler was walking towered to us from the downstream. He was wearing a thick shirt for mountain climbing and work pants, and on his foot he was wearing waraji (straw sandals) on the work tabi (Japanese -style socks with a separate division for the big toe and the other toes). He also had a small daypack made of canvas on his back and a creel braided with bamboo chicks on his waist. His appearance was typical style of keiryu angler in those days. When I was a kid, those waraji or bamboo braided creels were sold at every fishing tackle store. Even some countryside people were making their waraji by themselves.

He was doing bait fishing with about 4.0 to 4.5m bamboo keiryu rod. He looked like same age as my father. He was talking about fishing with my father and showed me yamame in his creel. There were some small (about 15-20cm) but very beautiful yamame. I was impressed that yamame was such beautiful fish. The angler talked with my father 2,3 minutes and waded upstream for fishing. That sunny day in May, the scene of encounter with the yamame angler in the stream surrounded by fresh green forests was carved in my memory.

I sometimes talked with my father that we would do keiryu fishing someday in the future. After that we have done many types of fishing like lake fishing, carp fishing in the river or saltwater fishing, but we always felt that keiryu fishing would be the last fishing we would do. May be, we were feeling that mountain stream is the last place we would do fishing. 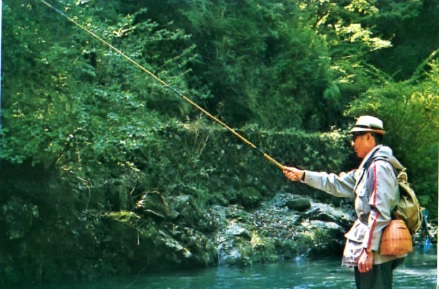 In fact, my father and I took up keiryu fishing when I was around 30 years old. It was fly fishing first and sometimes later we did tenkara fishing too. Since then, I had enjoyed keiryu fishing with my father for about 12 years until he passed away. We sometimes went to that Yamizo river or Kuji river. Those small streams are called “Sato-gawa (Village stream)” by anglers in Japan, and those are good streams for early mountain stream fishing season. Even now, I go fishing to that area sometimes in April or May, and every time I go there I think of that yamame angler, but I really can not figure out where the place I met with that angler was. 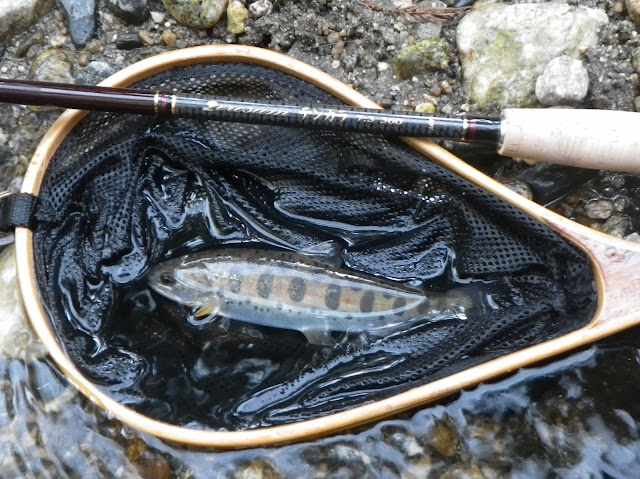