I'm going to start by saying this: the river I fished is not called Beaver Creek, but that's what I'm calling it.

Myself and two of my friends had been "chompin' at the bit" as they say, to get down to fish Beaver Creek, in the Great Smoky Mountains National Park, since we first saw it on a map. After we decided to fish and hike this creek, we learned that is lies within one of the most remote and rugged wilderness left east of the Mississippi River. Complete with ancient trees, pure strain Southern Appalachian Brook Trout, and no other people or roads. The hike in is not for the faint of heart or knees, but not the hardest hike i have ever done. The way in was 1.9 miles and close to 2000 feet of elevation gain. The trail was wide and in nice shape, the beta we read said the trail was "littered" with rocks, whoever wrote that hasn't hiked in Pennsylvania or New England. 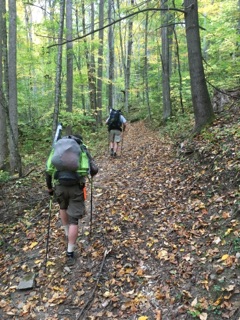 We were also traveling to attend Tenkara Jam on the Cherokee Reservation in North Carolina. We anticipated meeting some folks from online and eating BBQ. We fished around a bit a few days before the Jam, and only stayed a few hours at the actual event. we went fishing after that for the rest of the day.

We car camped at Smokemont campground in Great Smoky Mountain National Park (GSNP). That's where the Jam Party was. 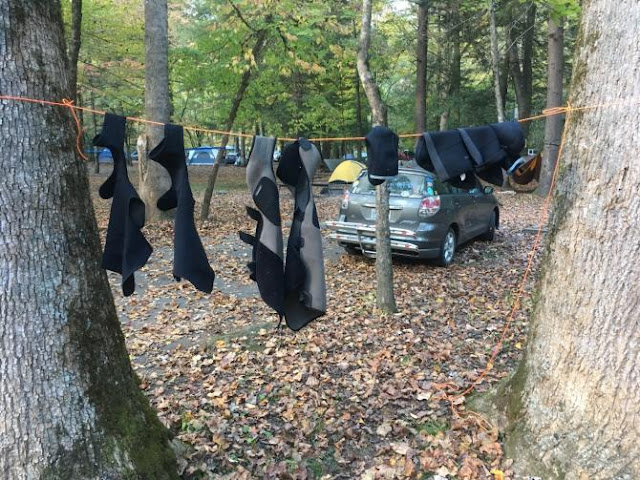 On Sunday morning, very hungover, we departed for the backcountry. We checked our gear at the parking lot, and started walking up. John-Paul (Investigator) and Joe (Matchlight) and I made pretty good time and before we knew it we were at our first camp ground.

We looked at our home for the night and scoped the River for tomorrows adventure and then kept walking up the trail to a tributary of Breaver Creek. we got seperated and I chose a place to get in and left my hiking pole on the trail where Investigator and Matchlight could find where i went in. The valley was very steep, and i slipped once in the loose dirt. 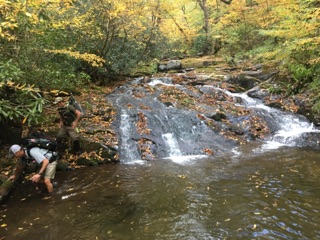 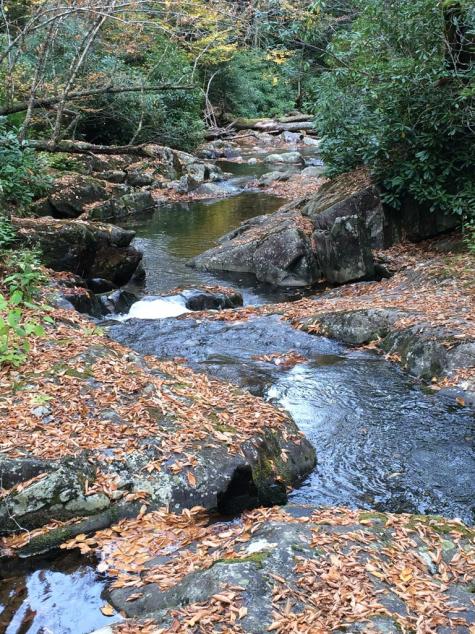 We worked our way down stream and caught very few fish. Until we came to a large waterfall, about a 60 footer! 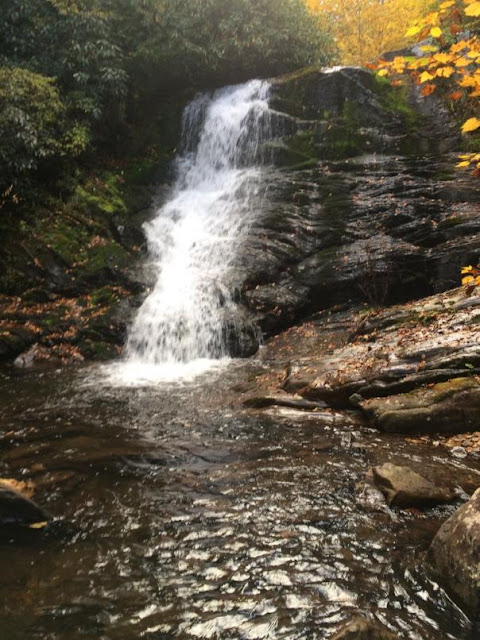 At this point we were tired and decided to hike back to camp. We set our camp up in very scenic site. Beer was so tasty, as were our dinners. 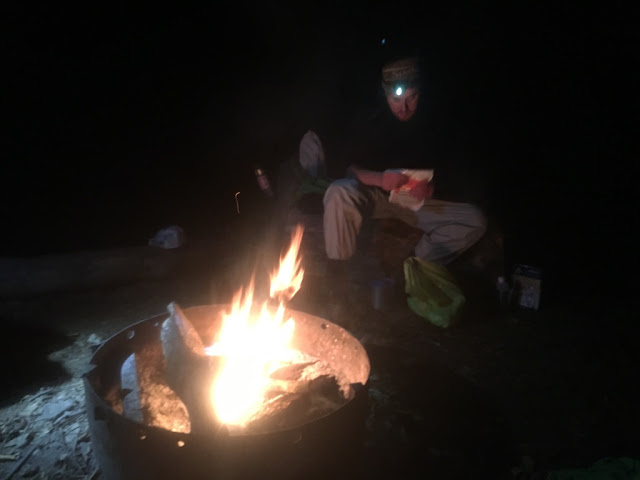 We woke up early the next morning, packed and got the rods out. First cast, first fish on Beaver Creek. A nice wild Rainbow. Next cast, a brookie. Game on.

This river is one of the largest brook trout streams in the Smokies, and has what some people think is the best water quality in the Southeast. Brook trout can reach 15 inches or larger in this stream, a true rarity anymore, unfortunately.

This stream is steep for about a mile up, it featured many large boulders and presented difficulties navigating up the river. It then flattens out into a wonderful highcountry stream, so many pools we couldn't fish them all. 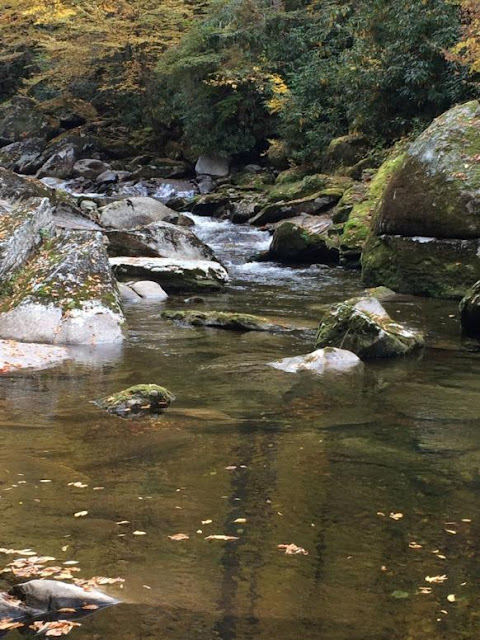 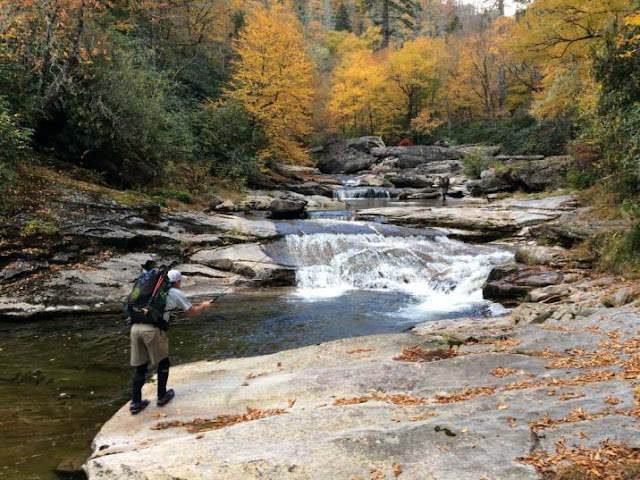 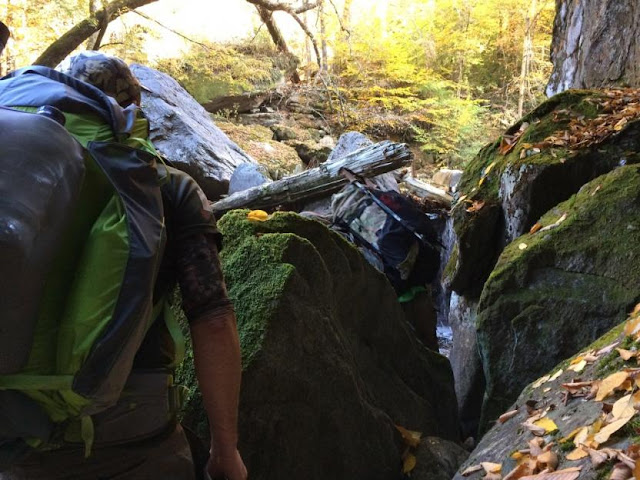 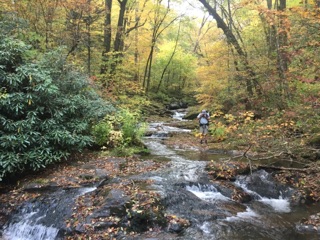 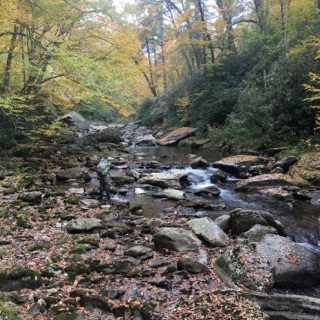 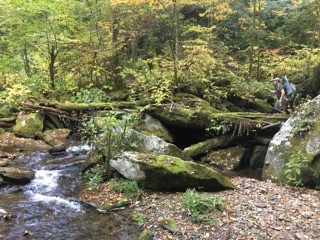 Lunch was beer and ramen with squid jerky, amazing when your hungry. i had a beer explode in my pack, lucky for me my tarp contained it.

We kept going up the creek until we decided to cover some miles and put or heads down and hiked to the next camp. We were exhausted by the time we got there.

We set the hammocks and started drinking. 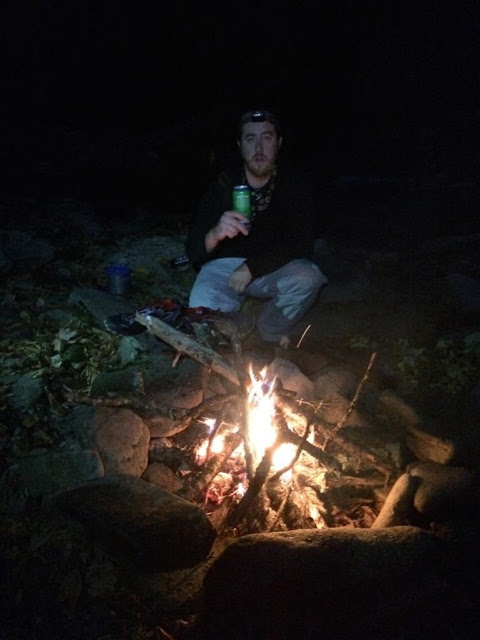 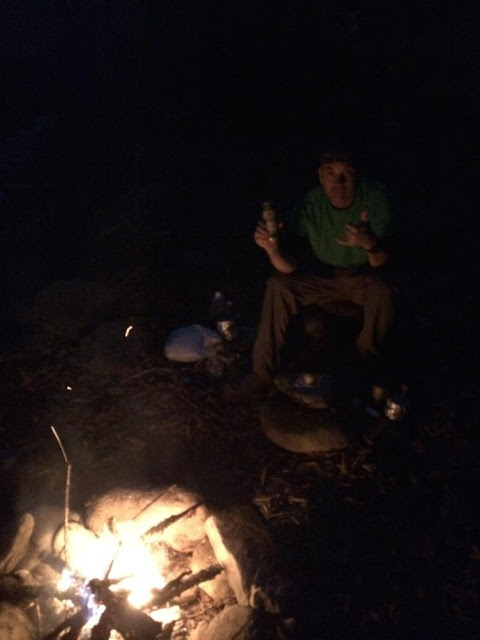 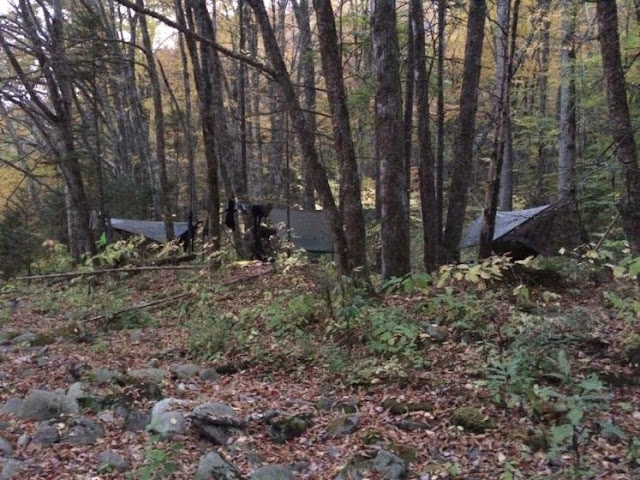 I also killed some Rainbows for dinner, we seasoned them and cooked them in the fire with my UL Snow Peak frying pan. 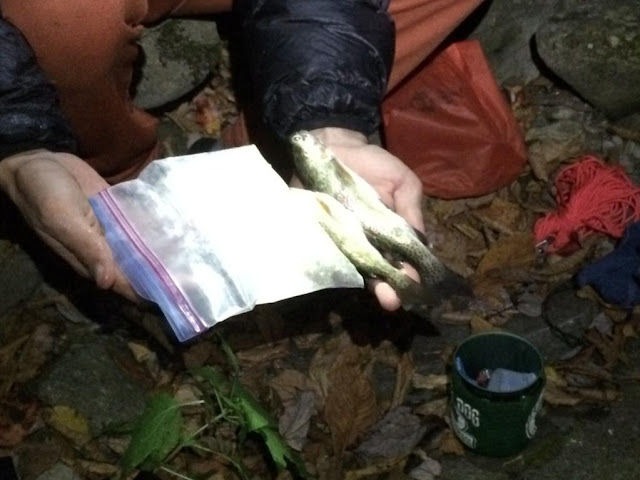 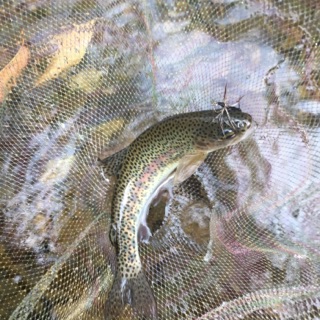 We woke early the next morning to cover water and find our way out. We found the top of Beaver Creek, it starts in a big pool with three headwater tributaries coming into the pool.

We had to take Right Fork, but Left Fork looked like a good reason to come back! We fished our way up the Right Fork of The Beaver Creek. It was here we noticed our first spawning brookies, we decided to stop fishing and hike out. 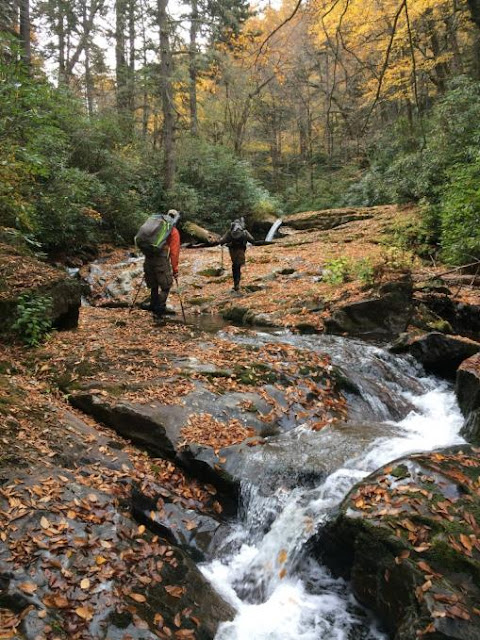 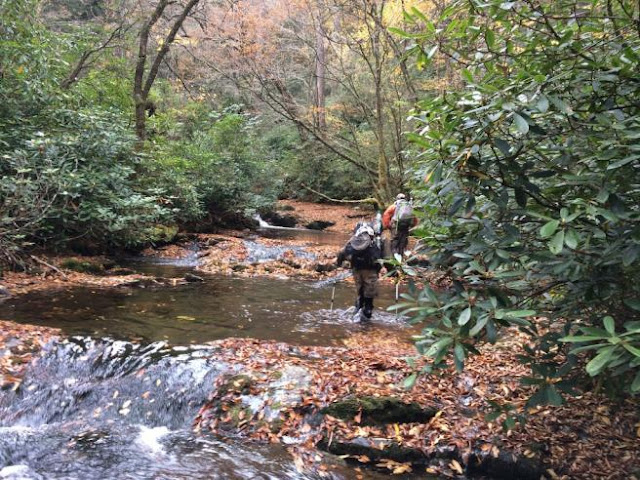 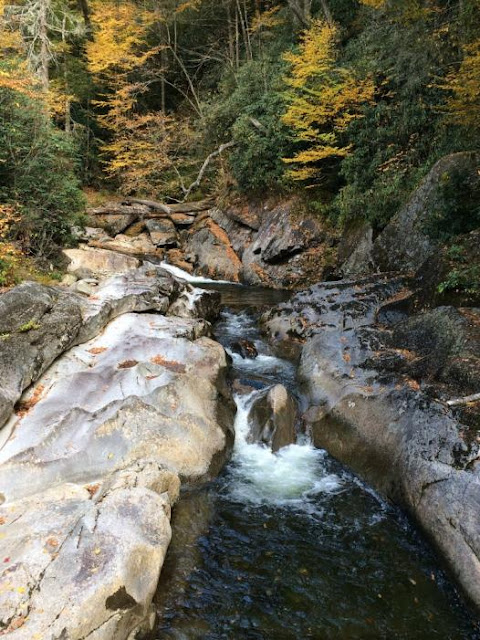 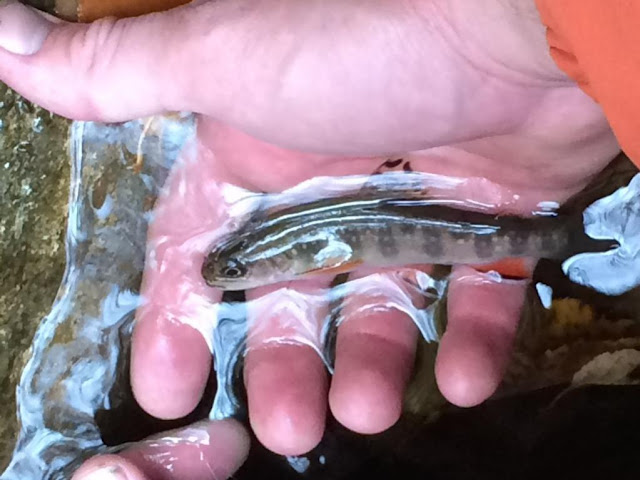 We left the river and hiked up a Spring that led us up a very steep mountain side to about 5200 feet. This was a solid Rhododendron bush-wack. It was nice to get to the top of the ridge.

On the hike out, which was on the same trail, we saw some very large trees.

We already missed the River. But beer was really good when we got back to the car, even if it was warm.

Here are a few remaining photos. 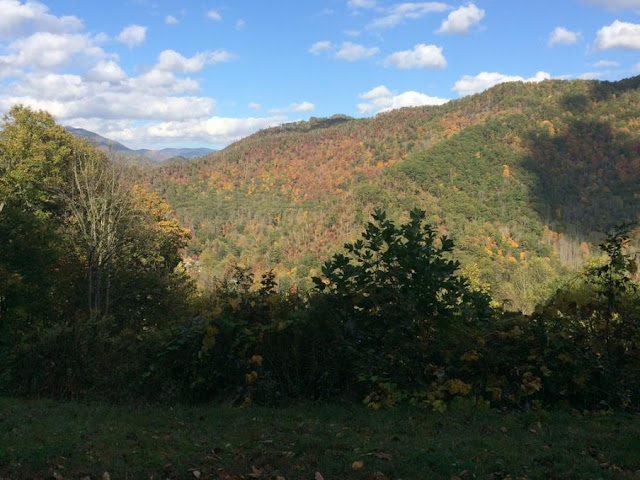 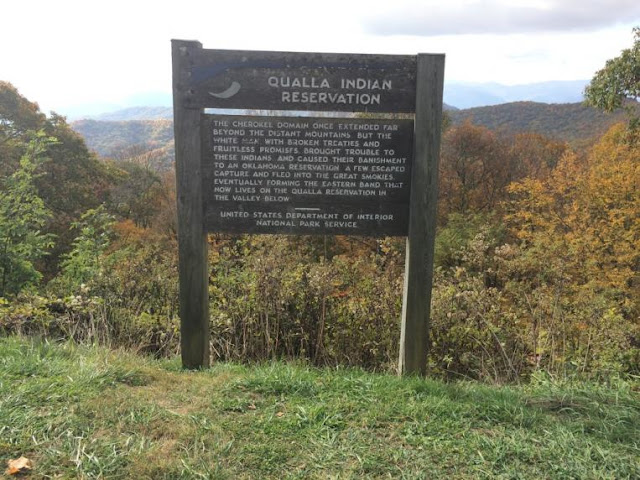 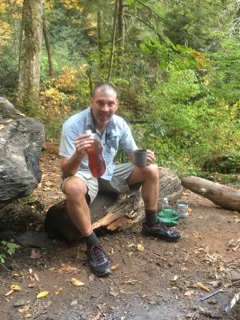