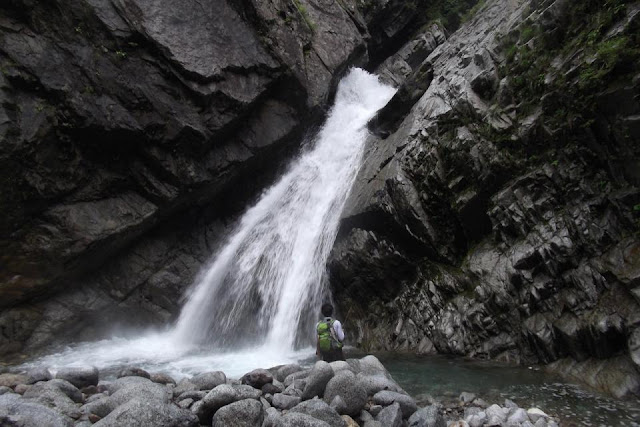 Have you ever heard the word of “Sakanadome”?

“Sakanadome” (Some people call “Uodome”) normally means a waterfall which stops run up of fish. So there is no fish upstream of “Sakanadome”. In Japanese, “Sakana” or “Uo” mean fish, and “Dome” means stop. Genryu fishing is the fishing going upstream. If you fish and hike up a stream, you will finally reach a “Sakanadome waterfall” for the last time. So we often enjoy fishing aiming to go to “sakanadome”.

I think there is always a same kind of waterfall in every fish habitat river in the world, but notably those “Sakanadome waterfalls” in Japan are located very deep in the mountains, and those “Sakanadome waterfalls” have been changed the locations sometimes in long history. Also, Strangely we often see fish upstream of 10m or 30m high waterfalls(It is impossible height for fish to go over.) in many mountain streams in Japan. I will explain why it happens. 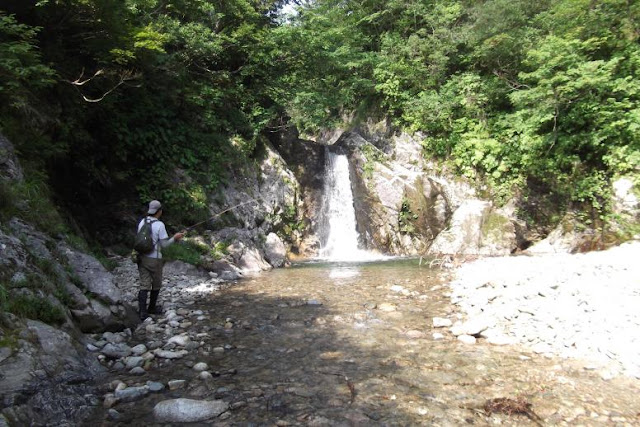 Iwana (Char) is fish that has very strong run-up instinct. We sometimes find iwana unbelievably high elevation up in the mountains. Sometimes when a flood came out by extremely heavy rain, some iwana could go over the waterfall and make their life upstream of the waterfall. Or flood destroy the waterfall and iwana could extended their living area. These are the cases due to natural events, but I like the following story. 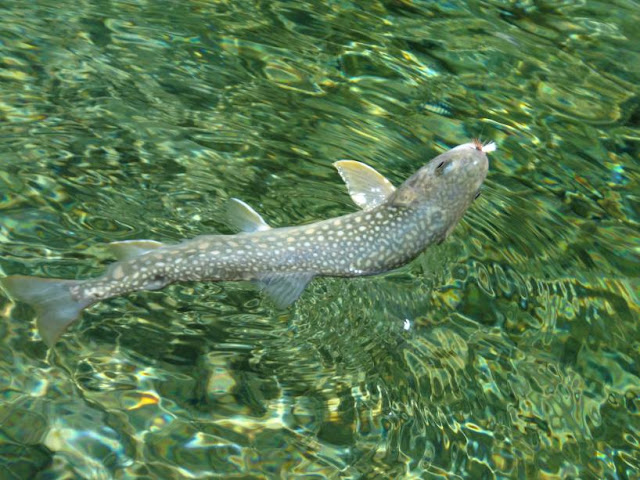 In old days, people lived in the mountains released iwana up over waterfalls. If we release some couple of iwana upstream of “Sakanadome” they go up the stream up to the next waterfall they can not swim over, then it became a new “Sakanadome”. There may be full of iwana after 3 or 4 years later. Old mountain people sometimes did this kind of release act for their food supply when they work in the mountains. Nowadays sometimes some fisher do this act in order to expand the habitat of fish. 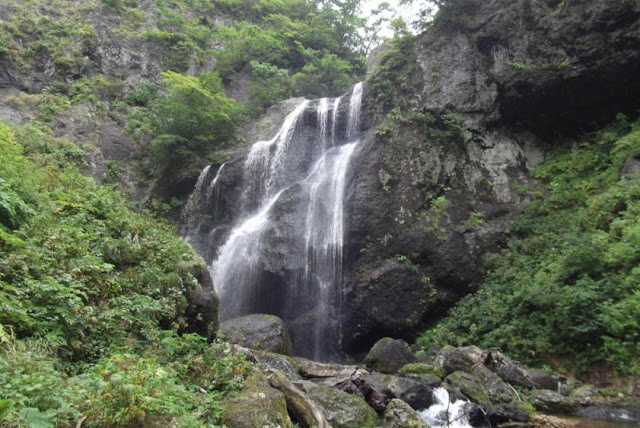 I think the beauty of genryu is its sceneries that change one after another. Calm stream through gentle river bed, deep pool colored in emerald-green, dazzling white granite rocks forming a valley, cascades, cataracts, bold gorges, snow-bridges, and we finally struggle on to “Sakanadome”. It is a kind of little adventure. I think to hike up one river is just like to travel one country. 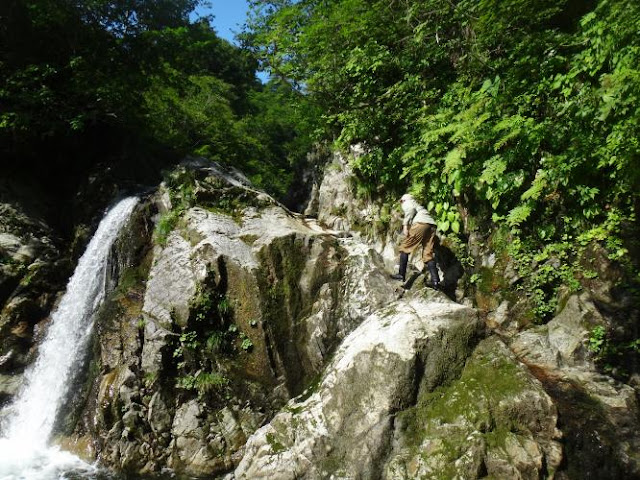 A basin of the waterfall of “Sakanadome” is a prime point for big iwana. As the high light of the day, and dreaming of legendary big iwana, we pray and cast a fly on to the basin of “Sakanadome”.