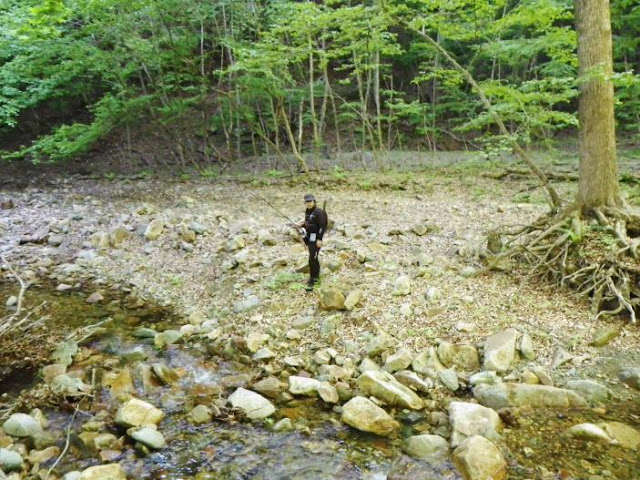 Forgotten places in the mountains

When we go into the deep mountains in search of good streams and iwana, we rarely discover the ruins such as a trace of small village or a mine trace, neglected old tracks, waste roads. We get so surprised when we find such remains of human-beings in complete remote areas in the deep mountains, but we know that we used to have industries of mountains in Japan's industrial revolution era. We also find trace of mountain people’s villages such as woodworkers, matagi (Hunters), etc. When we look back our history, some of old Japanese people were surely living with mountains. I must say they could live their lives by the mountains. 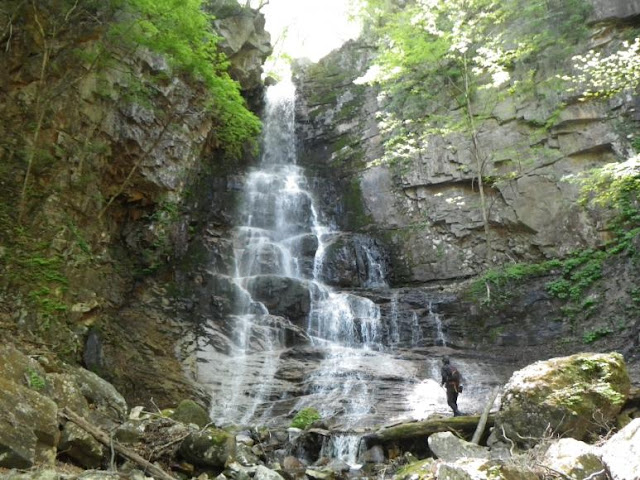 Recent Sunday, I went on a day fishing trip to one genryu with 2 of friends. There are still much snow in high mountains at this season, so we went to the mountains at Pacific Ocean side where we have less snow. It is the branch of the branch stream of Tone River which has the biggest basin area in Japan.

A friend of mine said there used to be a village of about 3000 people (Some people say 5000 people.) in the valley of the stream about 70 years ago. The stream is far from the human living area. It is about 30km away from the last small mountain village. Those people were working for timber industry. There was a one of the biggest copper mine called “Ashio-Dozan” at the opposite side of the mountain ranges about 20km away from the valley. They supplied timbers to Ashio-Dozan. 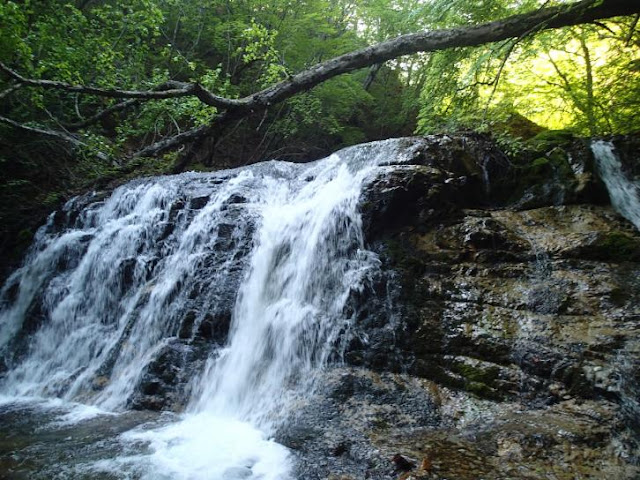 We went into the mountains on Saturday mid-night. We settled the car parking spot after driving about 40 minutes from the last small mountain village. We talked some while drinking beer and slept until daybreak. When it became brighter, we noticed we were in the great view of the mountains. The stream we were heading was in the deep valley and we could not see it. When listening carefully, we could only hear the faint sound of water. We started preparation of fishing quickly and went down to the stream tracing the dying small trail. We arrived at the main stream in about 20 minutes and walked to down-stream for 5 minutes. There was out-let of the stream we were heading. There was a 2m waterfall in the stream. It looked the stream had enough water to fish, but after wading the stream for about 10 minutes, the amount of water was getting less and eventually became a full subsoil. We were walking through the deep and dark gorge may be for 30 minutes after that. I thought fishers who do not have knowledge about the stream would return already giving up fishing. 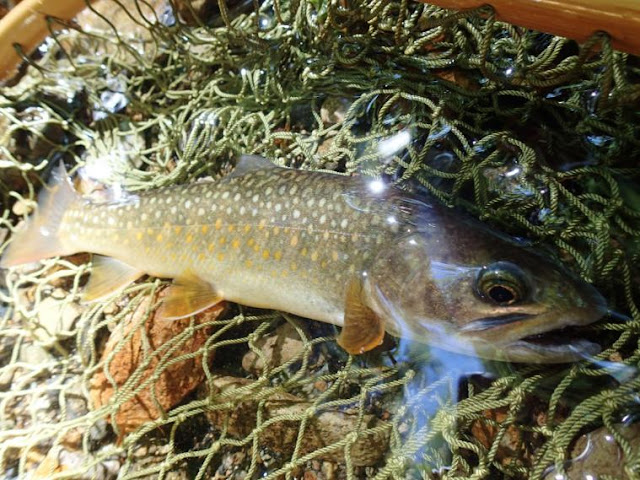 When we cleared one corner of the valley, the gorge suddenly ended up and both sides of the river became opened. Yes, there was the place the village used to be existed. Humbly trace of partition remained in the ground of leveling riverbank, and there were stone walls, that must be for the road, left on the slopes of the mountain. I imagined there must have been many lined houses and people were living their lives. Now there were same height trees standing quietly and only the sound of leaves fluttering in the wind had been heard. 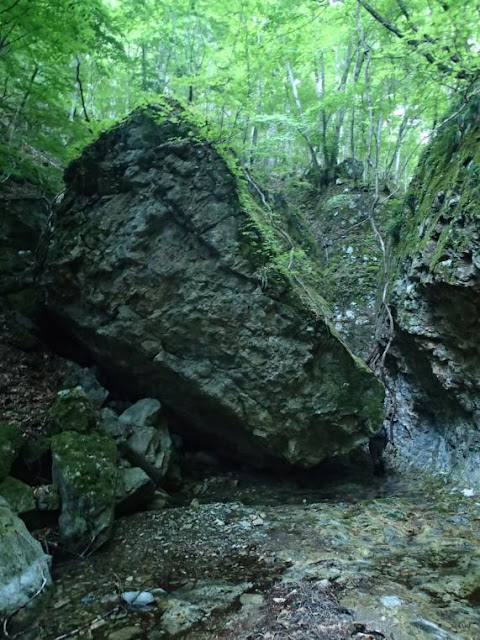 Where this trace of the village was ending, the stream was starting to have water again. The water was enough to fish after walking for 10 minutes. Yet, one iwana reacted to the fly a friend of mine cast. Each of us caught good size of iwana in 2 hours of fishing. We finally faced to the beautiful 30m water-fall. A friend of mine told us that there was fish up-over the water fall, but we finished fishing there. We had lunch by the water-fall and went to return.

On the way back, we walked the trace of the old road. I imagined what it would have been like that the thousands of people living in this narrow valley village in such a deep mountains. Was there a school? Shops? Bars? Did some of them enjoyed fishing? I walked the rough trail thinking about those things. 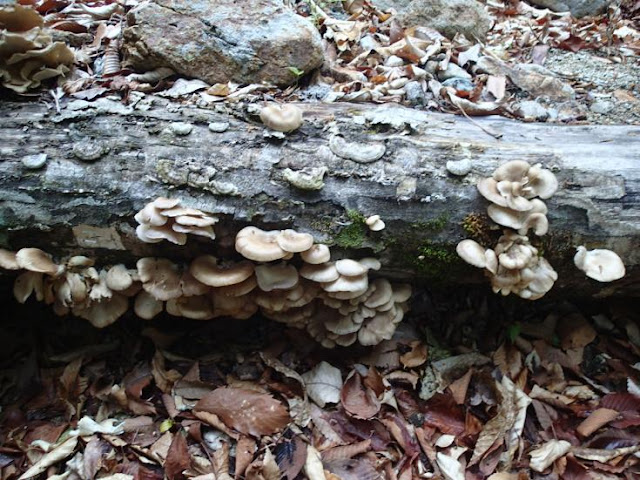