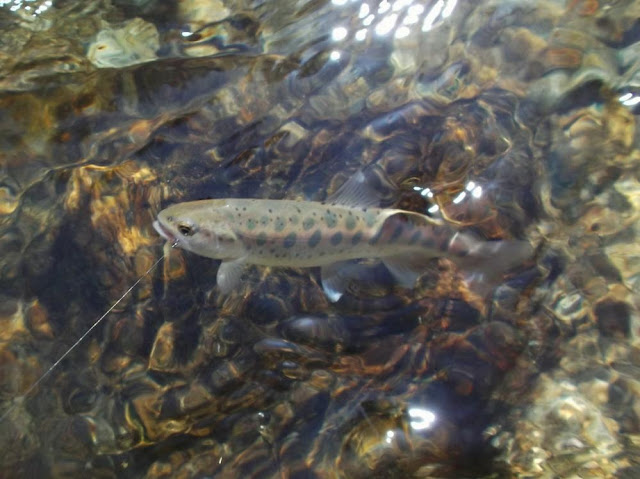 In March. We have opening days of Keiryu fishing in some rivers. In this season genryu streams in the high mountains are under the thick snow, but we start Yamame fishing in the streams running through montane regions near my hometown. We call this type of stream “Sato-gawa”. Sato means village and Gawa means river. “Sato-gawa” is the stream running through mountain villages.

Yamame is beautiful fish. We write Yamame as “Mountain Lady Fish” in kanji. I really think it is good naming. They are lovely as their name. Yamame has parr-marks even when they become adult. They live in the upstream of the river next to Iwana’s living area or they live together with Iwana in the streams of low mountains. 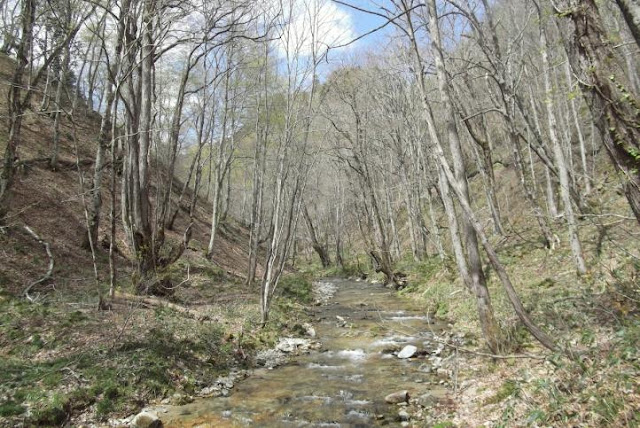 Mountain stream fish I first fished was Yamame. I went my first mountain stream fishing to the river called Okitagawa (Okita river), small mountain stream flowing through the low mountain ranges, not so far from my house. I wanted to fish with flies in the gin clear mountain stream, so I chose fly fishing at that time. Luckily I could catch Yamame on the first day of fly fishing. I still remember I caught small Yamame in the afternoon of spring sunshine, mayflies were flying.

In my fishing area, our image of Yamame is the fish living in the mountain stream, but they are basically sea-run fish. We call sea-run Yamame “Sakura-Masu (Cherry Trout)”. They are very big trout in size about 60 – 70cm when they come back to the river from the sea. Yamame was originally living in the north part of Pacific Ocean coasts. They came down to south (to Japan) when Ice-age, but after Ice-age was ended, the ocean temperature of south part of Japan became high and they could not live in the ocean. They could only stay in the mountain stream where water is cold. They were landlocked.

Some researchers say that the reason of this phenomenon is quite simple. Originally, Yamame, live in the cold waters of the north Pacific Ocean coasts, made to the original habit, but they tend to stay in the mountain stream more in the south. They can not grow up very big in mountain streams because they can not get enough foods in mountain streams. The biggest Yamame we could find in big rivers is about 40cm maximum. We call them “Honryu Yamame” and they no longer have parr-marks on their body.

Probably you already know Amago. They live in south-west of Main-Island and we tell apart Amago from Yamame with orange spots on their body. Very few Amago become sea-run, and they are called “Satsuki-Masu”. They become about 30 -45cm in length. Yes, smaller than Sakuramasu. I will tell you why.

Sakuramasu (Cherry trout) is probably named because they come back to the rivers in about cherry blossoms season.

Satsuki means May. So Satsukimasu must be named because they come back to the river in about May. 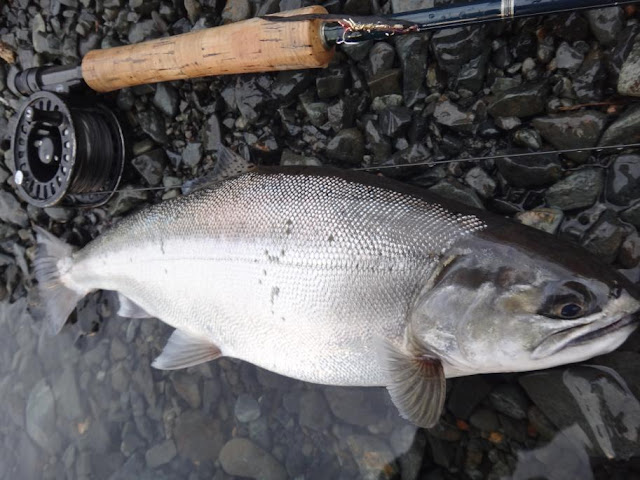 Yamame and Amago sometimes grow up very big in big lakes because foods are rich in those big lakes. In western Japan, there is the biggest lake of Japan “Biwa-ko (Lake Biwa)”. Amago became very big in Biwa-ko is called “Biwa-masu” since long time ago. Nowadays there are so many dams and in its vast dam lakes Yamame become sakuramasu. OK, Dams grow Sakuramasu but basically dams stop their original behavior of sea-running, and also cause many ecological damages. 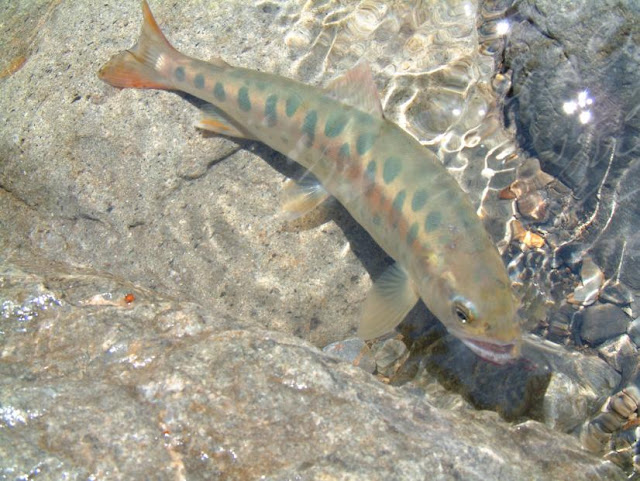 Back to fishing, central character of mountain stream fishing in Satogawa is Yamame for us. As a rival of fishing, Yamame is quick. Very quick. They have flat and sleek body and swim very well even in the fast current. In the very beginning of the fishing season, they rise quite slowly, but once they experience pressure of fishermen, they become very quick and shy. Besides they are very cautious. If they find out a fly is a fake thing, they never bite it. In a good sunny spring day, in the stream of picturesque mountain village, fishermen are fighting so seriously with those wise Yamame. It is not incongruous to gentle spring of the countryside and it makes me laugh. 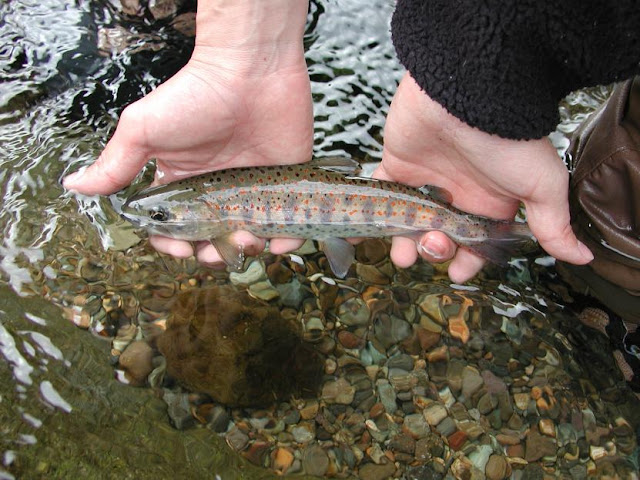 This year, we will hear the news of cherry blossoms blooming in about 2 weeks. We will be in the mood of fishing. Unwittingly we may start imagining ourselves walking in the stream with a fishing rod and examine the weekend weather forecast. Then I go to Okitagawa for Yamame fishing again.