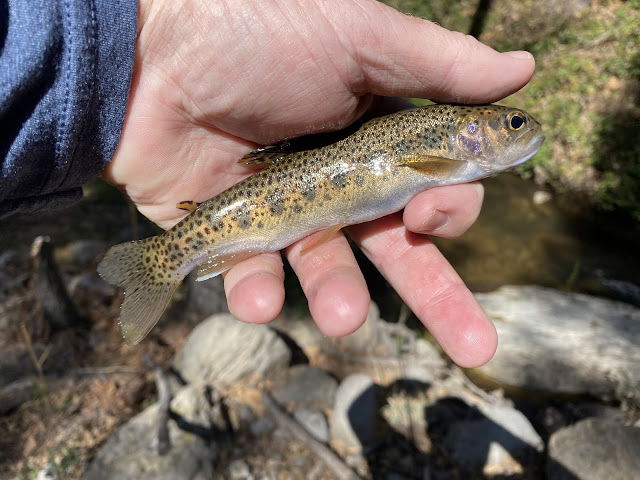 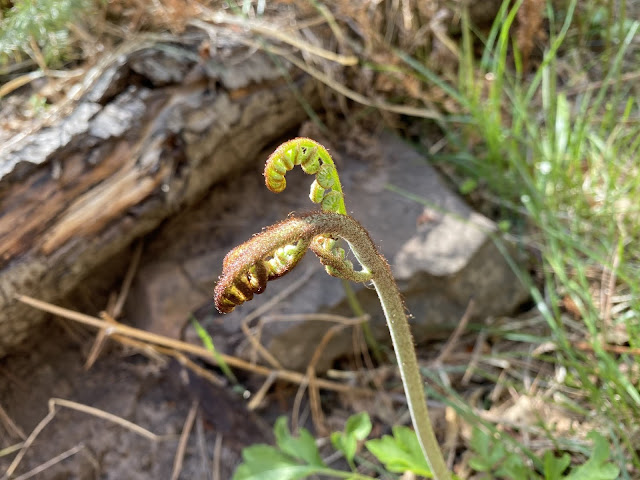 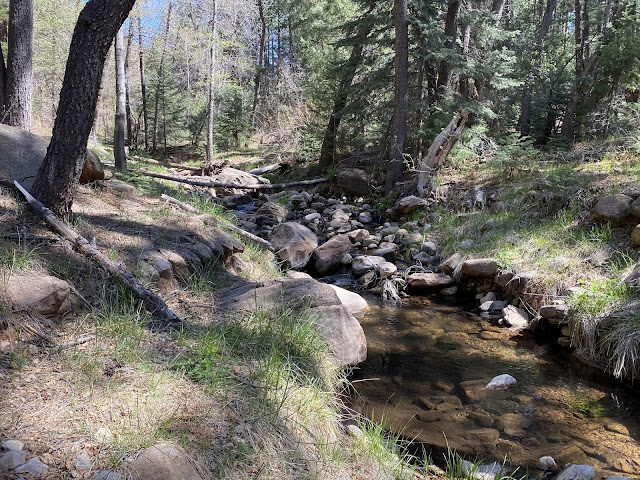 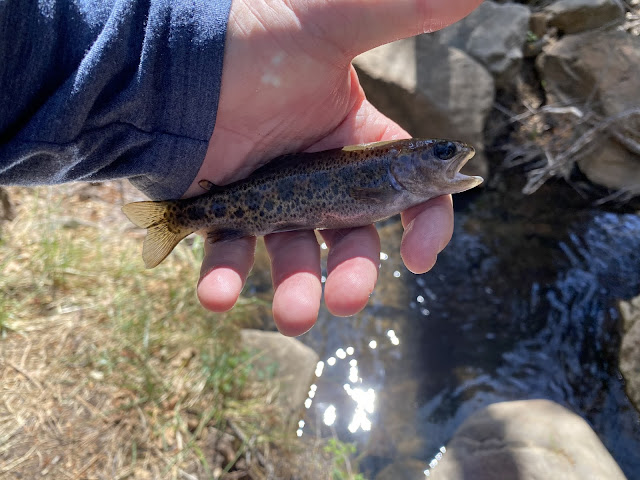 The forest is my friend. She listens and speaks to me. “Adam, be who you are.” And ultimately I am. I walk along a stream picking lines between trees, some of those lanes are natural while others are made by inhabitants. The smells are amazing, the sounds are relaxing, I can understand and make sense of her moods while she helps me make sense of mine.

I feel like Jonathan, a seagull that a great writer detailed in a old book about a individual in a community. Jonathan loved flying where the others simply looked at flying as something seagulls just did. He would practice flying until he knew it well, pushing the envelope of his wings until one day, his flying lead him away from the other seagulls.

The concept is not unique, it’s how the idea for a popular book that is widely read came about.

The suggestion to fish this new to me stream came from a friend. I sent him back pictures of the same jewel like fish he caught. He began texting me back, while on a flight to Japan, his family lives there. “...probably the same fish I caught.” 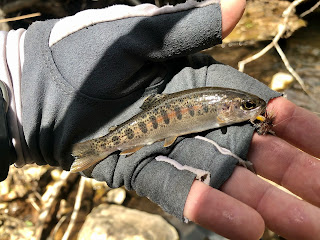 A week ago, John told me about his dry fly fishing here. Using a fine short rod (by Japanese designers) he sampled the pools in the stream collecting the jeweled fish photographs and his own moments flying free. He sent those photographs to me in a text. “We should go here.”

I was born in Arizona, I believe John was too. We are the same age and we meet nearly forty or so years ago flying free. We have common interests, friends and separate memories of the same friends yet we flew our own flights.

John reconnected with me while I was on my first tenkara trip to Japan. “We should meet”

John did not fish but I did. I had many moons of casting flys in the streams, rivers, lakes and sea. I had gathered fly fisherman from around the world together with the many web sites and forums that I created.

John could read and write in Japanese so we explored the history of tenkara through my library. I introduced him to fly tying and he showed me the differences in the language and meaning between the two countries. John lived in Japan for thirty years before returning home.

Never fishing before, he had no preconceived ideas. His learning was from the old Japanese tenkara books. I never held back when I was fishing and taught him tenkara and while he was a beginner, he taught me tenkara as well.

John and I together meet Hisao Ishigaki for the first time. He briefly translated our introduction and put things at ease while we spoke in sensei’s native language. Later he helped translate interviews for both communities, making sense of the meaning we wished to convey. 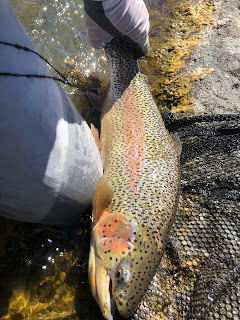 And then one day John began to catch as many fish as I did, sometimes more and I knew he was flying free. 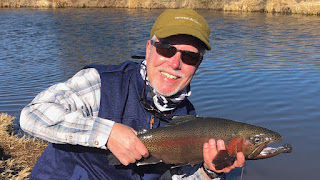 I began to receive pictures of monster fish caught with Japanese equipment and techniques. Fish that I could have caught but didn’t. The friend I took to our new stream agreed, we would buy him a bottle of Japanese whisky for turning us on to this stream.

I wrote this story while releasing a tiny jewel like fish.

I want to convey how simple and at the same time, how complex fishing can be.

Fishing a small stream helps me to put my ideas into a medium that I could share with John, Jim and anyone else that I resonate with.

This particular stream was well suited to a 3.2m Zerosum. I really like the 7:3 flex profile. I use a 3.3m Fujino White Tenkara tapered line terminated with a tippet ring, I use Stonfo. For tippet, I use Trouthunter 5.5x.

At 3.2m I can usually see the fly. On this day I used a Parachute Adam’s size 16. I use floatant, it keeps the fly high up on the meniscus like a real fly. Most of the time the line is not on the water and I am using techniques like suttebari where I might peck the surface gently a few times before setting the fly down.

The white line is a must in these invisible streams. It appears clear. If you can’t see the fly, you can use the line as an indicator. Or you can strike at movement.

All my fish this day were by sight using suttebari and accurate casting to 5 gallon bucket sized micro bucket pools.